The CIRRELT's research activities focus on the planning of logistics and transportation networks, as well as information and decision-support technologies. The members of the CIRRELT work on developing models and algorithms for designing, operating, and automating communication networks.

The RALI and its members conduct world-leading research in the fields of computer-aided translation, information retrieval, data extraction and display, as well as automated text summarization. In addition to general problems in the field, RALI researchers focus on trans-linguistic and multilingual information: namely, finding relevant documents in one or more languages that differ from the original query language provided by a user.

Directed by Gilles Brassard, this Canada Research Chair focuses on applying quantum mechanics to computational information processing. Quantum mechanics explains the behavior of the building blocks of all matter and energy, such as photons, electrons and atoms. Leveraging the physics of our world on this small scale will allow future computation systems to tackle problems that are fundamentally impractical to solve with today's systems.

The result of a partnership between the DIRO and Ubisoft Montréal, the NSERC/Ubisoft Industrial Research Chair on Learning Representations for Immersive Video Games focuses on the application of artificial intelligence to video games. About thirty students and researchers from the Department combine their know-how and expertise with the skills of Ubisoft engineers and developers.

The Canada Research Chair in Statistical Learning Algorithms, held by Yoshua Bengio, works on the state of the art in neural network and machine learning algorithms.

The Canada Research Chair in Stochastic Simulation and Optimization is directed by Pierre L'Écuyer. Its goal is to develop stochastic methods for simulating and optimizing complex physical systems.

The Canada Research Chair in Demand Forecasting and Optimization of Transport Systems develops methodologies combining statistical learning and operations research to forecast demand while optimizing the network of transport services. Emma Frejinger and her team use data to forecast demand and design transport systems that satisfy the demand while minimizing negative impacts and inefficiencies in the system. The research will allow to build tools supporting the planning and operation of transport systems so that Canada's population can get the services they need sustainably.

The HERON laboratory conducts multidisciplinary studies in the fields of artificial intelligence, multimedia, cognitive science, education, knowledge management and electronic commerce. More recently, it has focused its research on emotional intelligence, so as to better understand the functioning of the brain.

The Image Processing Lab studies computer-assisted vision and applications to medical imaging. Statistical models of image segmentation, shape monitoring, and object recognition are also problems of interest to the lab.

The LASSO research group studies the methodology of hardware system design with the goal of minimizing defects. The laboratory works on specifying, inspecting and synthesizing microelectronic systems.

The members of the LBIT study and contribute to the growing field of bioinformatics, an interdisciplinary research area that benefits from the increasing proliferation of large-scale genetic data. The researchers of the LBIT develop and apply algorithms to analyze biological data and model the inner workings of many fundamental biological processes. 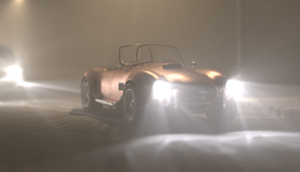 The LIGUM is interested in all aspects of computer graphics including realistic image synthesis for feature-film production, character and fluid animation, procedural and geometric modelling, and interactive graphics for video games.

Members of the LIGUM actively contribute to the state of the art in modern CG, working alongside industrial partners such as Disney, Microsoft Game Studios, Mokko Studio, Autodesk Canada, Ubisoft, and Electronic Arts, to name a few.

LIGUM's students go on to work in the video game and film industry, and the research produced by the lab has been used in the latest generation of interactive video games as well as several feature-film productions.

The researchers and students in the Parallel Processing Laboratory work on the design, implementation and evaluation of sequential and parallel programming languages.

MILA's research deals with statistical learning algorithms, working to develop algorithms that allow computers to acquire and use information present in readily available datasets. The research conducted at the MILA is at the crossroads of artificial intelligence and statistics.

The members of the NRL develop techniques to better support distributed systems and applications that use networks for communication. The NRL's research program includes the design and development of new algorithms, architectures, management schemes, and data communication techniques for next generation networks, including cloud computing systems and services.

Laboratory for Simulation and Optimization (OPTIM)

The members of the OPTIM lab contribute to the development of exact and heuristic algorithms for solving practical problems related to employee scheduling, vehicle routing, call centre management, and telecommunications network management.

Members of the group also study theoretical domains such as random number generation, fractional programming, and problems dealing with the general characterization of convex and monotone classes.

The Robotics and Embodied AI Lab (REAL) is a research lab in DIRO at the Université de Montréal and is also affiliated with Mila. REAL is dedicated to making generalist robots and other embodied agents.

Newly founded in 2019 by professor Esma Aïmeur, this lab specializes in Artificial Intelligence for Cybersecurity.

We adopt an out-of-the box approach to solve current issues in privacy, cyber threats and the lack of awareness amongst Internet users. We do so by introducing a multitude of expertise in other fields such as Natural Language Processing (NLP), Human Factors in Cybersecurity, Recommender Systems, Emotional Intelligence, Ethics of AI, psychology, digital humanities, Law and Sociology.

We believe in the combined talents of our members to pave the way for future innovation and cutting-edge solutions to one of the most relevant topics in today’s world: Artificial Intelligence for Cybersecurity.

The 3D Vision Lab explores fundamental and applied research on three-dimensional aspects of computer vision. Specifically, the researchers in the 3D Vision Lab focus on 3D reconstruction from multiple images, motion analysis in video sequences, panoramic imaging, and large-scale multi-projector imaging on arbitrary surfaces for immersion applications. Special attention is paid to artistic and cultural applications of the research.