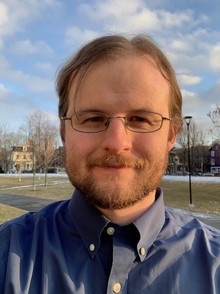 Multi-agent systems challenges commonly arise in a number of socially impactful applications. This talk focuses on recent advances in scalable multi-agent planning techniques with applications to public health and conservation. The first part describes the challenge of monitoring and intervening on large patient cohorts using restless bandit–based planning techniques. By extending the class of restless bandits that are known to be indexable, we develop algorithms that are up to six orders of magnitude faster than the state-of-the-art. The second part describes problems in conservation security that led us to develop new techniques for training predictive models to serve as input to optimization algorithms. The result is improved interdiction planning as well as algorithmic advances that apply to a variety of predict-then-optimize problems outside of conservation.

Andrew Perrault is a postdoctoral fellow at the Center for Research in Computation and Society at the Harvard John A. Paulson School of Engineering and Applied Science, working with Milind Tambe. His work focuses on optimizing limited resources in multi-agent interactions, with applications including public health, conservation, and energy. He received his Ph.D. from University of Toronto in 2018 under the supervision of Craig Boutilier and his B.A. from Cornell University. His work has appeared in top AI venues such as AAAI, AAMAS, IJCAI, NeurIPS, and UAI and was selected as best paper runner-up at AAAI 2021.